website
TU/e coordinates several prominent Dutch research schools and institutes, such as the Institute for Photonic Integration (IPI) and has a strong position within international research networks. The TU/e is a natural partner for technology intensive enterprises. The campus is a fertile breeding ground for new business ventures. The Institute for Photonic Integration (IPI), formerly known as the COBRA Research Institute for Optical Communication Technology, provides a focus to Photonics activities at the TU/e. It employs more than 150 scientists and technicians working on photonics-related materials, device and systems research. This is one of the world’s leading institutes in the field of Photonic Integration and holds a number of records on device miniaturisation and integration complexity. It has access to an 800 square meter cleanroom, the Nanolab@TU/e, with a full suite of equipment for R&D of advanced III-V-based materials, devices and circuits, including the only deep UV scanner lithography tool configured for 3″ and 4″ InP wafers. Researchers from the Photonic Integration (PhI) group within the IPI will contribute to this project. PhI has a long-standing experience in national and European research projects, including the FP6 NoE ePIXnet, where it took a leading role in the creation of the InP technology platform JePPIX, which was the first platform to provide open access to advanced photonic integration processes using a foundry model, and the service offered by JePPIX is globally unique. Over 400 designs have been delivered to users through JePPIX (see www.jeppix.eu). PhI coordinates and chairs the steering group of JePPIX. PhI has spinned off several companies on PICs, including SMART Photonics (www.smartphotonics.nl), the unique pure-play InP foundry based on the PhI generic InP technology. 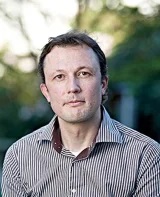 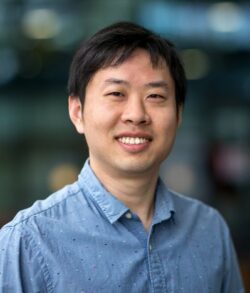 website
IMEC is a world-leading independent research centre in nano-electronics and nanotechnology headquartered in Leuven, Belgium. Its research focuses on the next generations of chips and systems, energy, electronics for healthcare and life sciences, sustainable wireless communication, imaging and future 3D visualization, and sensor systems for industrial applications. IMEC’s research bridges the gap between fundamental research at universities and technology development in industry. As of October 1st 2016, iMinds, the digital research and incubation centre, has merged with imec into one high-tech research and innovation hub for nanoelectronics and digital technologies, under the name IMEC. IMEC has several groups working together on silicon photonics. Relevant to INSPIRE are the imec-associated university lab Photonics Research Group (PRG) at Ghent University, headed by prof. Roel Baets and the processing and design teams at imec Leuven. The imec-Leuven teams are responsible for the development and application of imec’s world-class silicon nitride photonics platform in a CMOS compatible environment on 200mm. The PRG team at imec-Ghent is specialized in photonic integration and more specifically in silicon photonics. With 9 professors (of which 5 current or former ERC grantees) and about 90 researchers the group works on new device concepts and technologies, new system architectures and design methodologies, new application domains and proof-of-concept demonstrations, all building on the capabilities of silicon photonics. IMEC has been involved in number of European projects, e.g.: H2020-PIXAPP, H2020-Caladan and H2020-Hydroptics. Example of spin-offs: Caliopa (2010, now a part of Huawei), a spin-off using silicon photonics technology for FTTH transceivers; Luceda (2014), commercializing photonic design tools; Indigo Medical (2016), silicon photonics based implantable glucose sensor; Sentea, fiber Bragg grating readout units and AntelopeDX, biosensors. 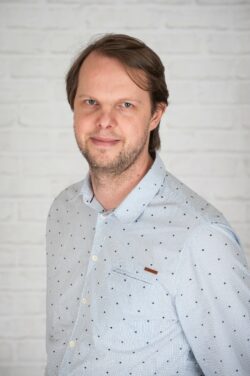 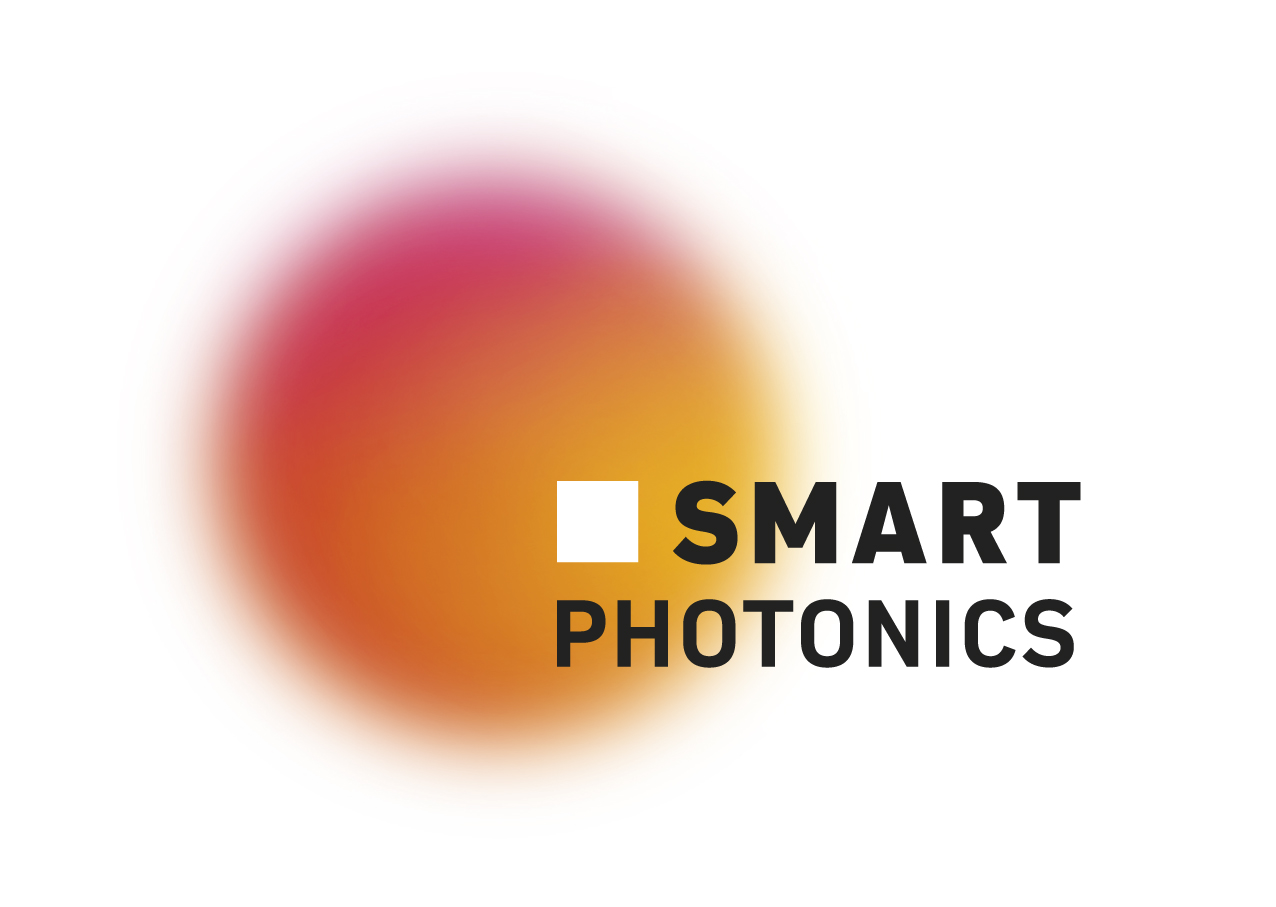 website
SMART Photonics B.V. is a pure-play foundry for InP photonics semiconductors. The company started in March 2012 and is located in Eindhoven, The Netherlands. It offers its customers an expert team with long history and proven track record in InP research, development and production. The team has many former employees of both Philips Photonic Labs and TU Eindhoven, with a broad experience in epitaxy (growth and regrowth), processing, test & measurement and quality control. SMART Photonics offers a generic integration process, developed in collaboration with the COBRA research institute. SMART Photonics is the world’s first foundry to offer MPW services for InP based integrated circuits on a semi-commercial basis. The company’s uniqueness lies in the fact that it combines a pure-play foundry approach, a dedicated photonics cleanroom for InP semiconductors, an experienced engineering team, and a generic process in which customers can design based on functional building blocks, rather than technological steps. The latter method is common in electronics, but new for the photonics industry. Examples of products developed for customers include: EMLs, (high power) DFB lasers, integrated transmitters and receivers for Fiber to the Home (FTTH). SMART Photonics has their own 3” production facility for InP PICs including two multi-wafer MOVPE epi reactors, stepper lithography, etching, in-line monitoring and test tools. Moreover, SMART Photonics has access to the NanoLab@TU/e cleanroom with state of the art equipment for InP PIC fabrication and testing. 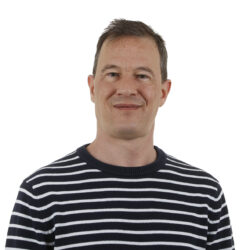 website
X-Celeprint delivers the most cost-effective and scalable manufacturing technology for integrating microscale devices such as lasers, sensors or integrated circuits onto non-native substrates. A wholly owned subsidiary of XTRION N.V., X-Celeprint works globally with multiple corporations to adapt its micro-transfer printing technology for their specific applications. X-Celeprint is headquartered in Cork, Ireland, with facilities within the Tyndall National Institute.

website
THALES Research and Technology-France, located in Palaiseau, is the main multidisciplinary research unit of the THALES group, one of the major world players in professional electronics. With over 250 highly skilled staff, 13000 sq. m of labs of which 1700 sq. m clean rooms, TRT’s research teams perform pioneering work in the most advanced areas of optics & optoelectronics, electronic components for microwave applications and materials. S&T skills, ranging from materials elaboration (epitaxy of various semiconductors or magnetic thin films, ceramics, polymers), through component modelling, processing, testing, assembly and packaging, to integration in appropriate demonstrators are available on site and allow full validation of the technologies investigated before their transfer to operational divisions of the THALES Group. The contribution of TRT to INSPIRE will be carried out mainly in the “Physics Dept.”, within the “Optical Signal Processing” and “Micro-Nano Physics” research groups. The Physics department has about 25 years of experience in different research topics in electro-optics (materials and devices), advanced laser sources, non-linear optics, optical signal processing and optoelectronics for microwave and LiDAR systems.

website
The University of Cambridge is one of the UK’s highest ranked universities. The Department of Engineering is the largest department at the University and one of the leading centres of engineering in the world. The Department collaborates with other disciplines, institutions, companies and entrepreneurs. The assessment of UK research showed that Cambridge has the greatest concentration of world-leading engineering research in the country and the best environment for engineering research with a perfect score unrivalled by any other general engineering submission. The combination of academic excellence and a superb environment enabled Cambridge to deliver the highest concentration of world-leading impact in general engineering, creating real benefits to industry and society more widely. The activity at Cambridge will primarily involve the Photonics Systems Research group, which counts more than 35 people now. It has taken leadership roles in large national and international research projects, including the UK INTERNET and UP-VLC programme grants, the Cambridge-UCL EPSRC Centre for Doctoral Training in Integrated Photonic and Electronic Systems, the EU ERA-NET+ TUCAN WDM PON project and the PARADIGM IP, to name but a few examples. It has a record of knowledge transfer to both large and small companies (one example being the polarization stabilised VCSEL which is now used in laser mice with over 100M units sold annually) and co-founded the radio over fibre distribution company Zinwave (www.zinwave.com). The Photonic Systems Group has a distinguished history in innovative photonic component and system research. In terms of integrated component research, innovation examples include the world’s first integrated InGaAs quantum dot switch, the development of the world’s first uncooled WDM laser, and the development of uncooled laser diodes with ultrahigh linearity for RF signal distribution. 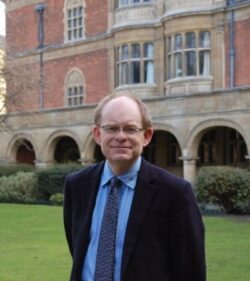 website
AMIRES is a consulting and management company for research, development and innovation projects, which provides the necessary strategic and administrative support to high quality international teams to achieve their objectives and facilitates the research-industrial and research-policy making interface. AMIRES follows projects from their initiation and planning, through negotiation, execution and management to the final stage, where exploitation of new technologies, products or services is facilitated. Moreover, main mission of the company is to facilitate the access of European research to high-tech SMEs and improve exploitation of innovative ideas. AMIRES s. r. o. is based in the Czech Republic but provides its services all around Europe. 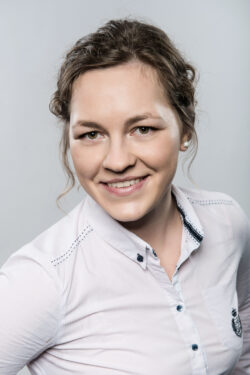